And Mordecai told them to answer Esther: “Do not think in your heart that you will escape in the king’s palace any more than all the other Jews. For if you remain completely silent at this time, relief and deliverance will arise for the Jews from another place, but you and your father’s house will perish. Yet who knows whether you have come to the kingdom for such a time as this?” – Esther 4: 13 – 14 NKJV

The siege, the conspiracy, the plot of Haman against the Jewish nation was so real and strong. It was a well-planned project with one major goal: the destruction and annihilation of all the Jews throughout the whole kingdom of Ahasuerus. What an irony – just a man confronting millions of the Jews. What and who gave Haman such audacity to have gone far with his devilish and eventually aborted plan? Truly no man can go this far without a backing be it spiritual or physical.

In the midst of all these schemes of Haman, arose a Jewish man of burden and concern – Mordecai. A man that chose not to deny the authenticity and reality of Haman’s threat and plans. A man who chose not to live in falsehood and denial, in fact “he tore his clothes and put on sackcloth and ashes … and cried out with a loud and bitter cry” – Esther 4:1. Through this man, God proved again that He can never lack a man to stand in the gap in any generation. There will always be a remnant who against all odds would stand for the Lord and His people. This year, dare to be an intercessor for kingdom enlargement!!!

While Mordecai was in pain and burdened for the lives of his fellow Jews, Esther a Jewish lady and the queen of the province was indifferent at a time. She even volunteered and offered Mordecai a palliative measure (to clothe Mordecai and take away his sackcloth – Esther 4:4) which Mordecai rejected outrightly because a true and genuine burden is too costly and of a high value to be bought over with mere and mundane mammon and palliative measures. It was rightly said by Martin Luther King Jr. “Our lives begin to end the day we become silent about things that matter”. 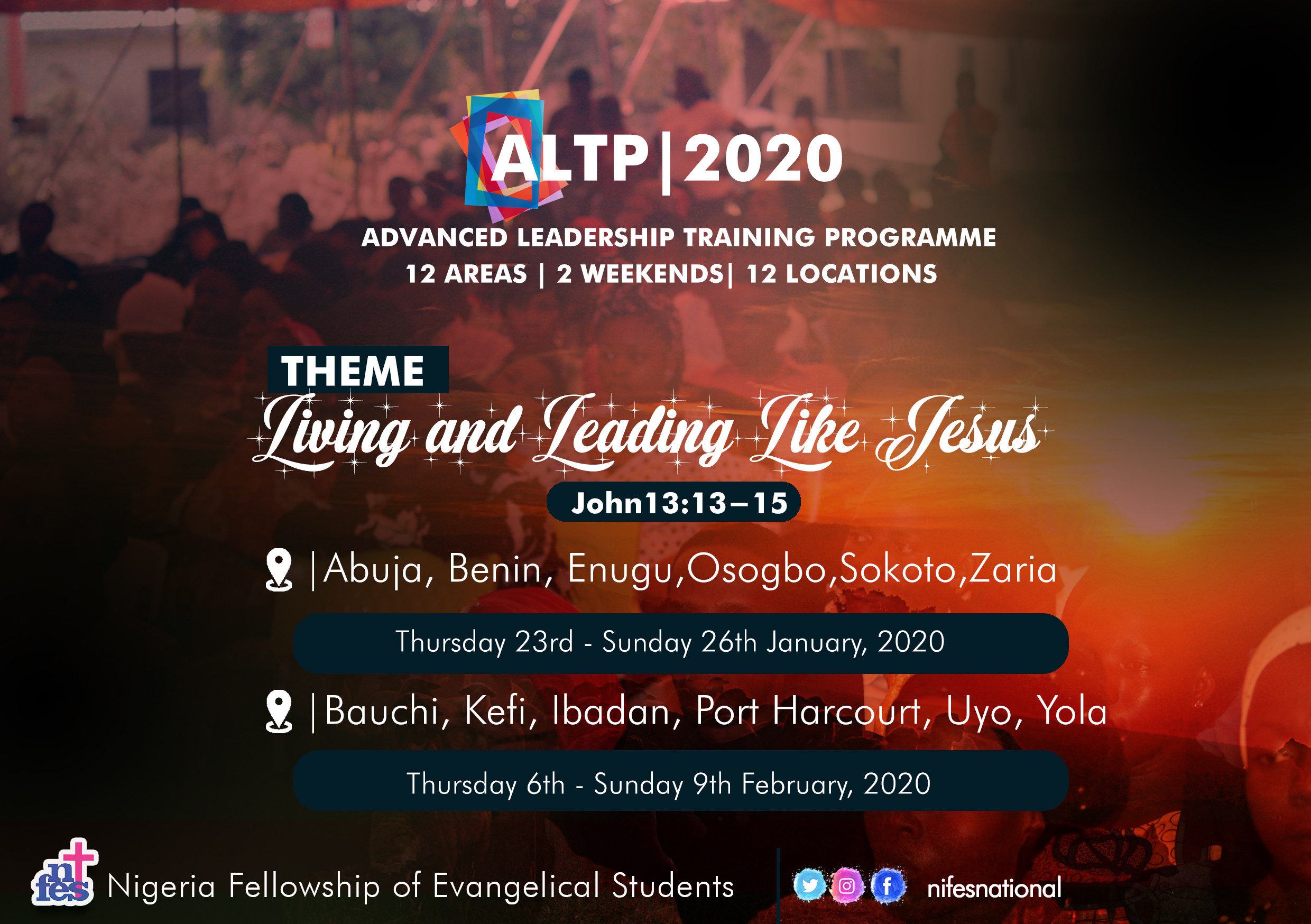 Thereafter Mordecai without mincing words confronted Esther with sure and undeniable facts and truth. First and foremost, relief and deliverance will surely arise and come for the Jews. Secondly, by the time relief and deliverance would have come, Esther and her father’s house would have been of no use any longer – both irrelevant and nonentity. Thirdly he raised a rhetorical question: are you sure privilege and opportunity has not brought you in such a time like this to make impact?

Beyond confronting Esther with the facts, it was a clarion and wake up call to Esther and thanks be to God she eventually had a ‘shift’ of heart and woke up from her slumber and nonchalant attitude of excuses. The rest was not just a story but a live-saving intervention by God that eventually brought defeat to the enemy of the Jews.

Dearly beloved, the threat and plots to overrun our missions’ field (the campuses) and its inhabitants (the students) by the devil is so real and overwhelming. The moral massacre and execution are already ongoing and NIFES cannot be indifferent any longer. The vices confronting godly values are on the increase across the campuses. Vices like examination malpractices, gambling, sexual immorality, corruption are fast eating deep into the fibres of our tomorrow’s leaders. Abominations thrive on our campuses – Romans 1: 18 – 32. What does the future hold for a nation whose youths are not God-fearing? We (NIFES) are more than an organization; NIFES is God’s response to rescue our youths and students in Nigeria tertiary institutions from destruction and damnation. It is for such a time like this that NIFES is in existence. To deliver our campuses and students from the grip of the devil and turn them over to our Lord Jesus Christ. This is a clarion and wake up call to Campus Evangelism and Discipleship, the very vision of NIFES.

Oh, NIFES awake to your calling!!! Like Mordecai, let all NIFES stakeholders (students, staff & associates) develop burden and concern for the dying souls across our campuses. Let us quickly arise to rescue and preserve these lives for night cometh when we can no longer work – John 9:4. Every NIFES member is a debtor to the sinners on our campuses and the only way to pay this debt is to preach the gospel – Romans 1: 14 – 16. In addition, the lifestyles of our members should be befitting to the gospel and the message of our Lord Jesus Christ that NIFES preaches. NIFES Staff and Associates should be deliberate and intentional in making disciples of Jesus Christ from amongst our students. This year, we need to deliberately deal with and overcome the hindrances that hinder us from bearing fruits among students. The faith we preach should no longer be ridiculed but respected on the campuses because of the godly values emanating from the lives of our NIFES members. Our campus discipleship thrust must be deepened through the availability of NIFES staff and associates to students. Our training programmes and conferences must be fashioned to create depth and eventual spiritual growth of our students. Salvation will surely come to the dying souls on our campuses because the death and resurrection of Jesus Christ would not be in vain. May NIFES not be irrelevant when God is doing this. May we not become history and ‘monument’. God forbid; let us arise now with a fresh burden for Campus Evangelism and Discipleship. Oh, NIFES arise!!!

For such a time as this when the plots and conspiracy against our nation and the Church are so real and strong, NIFES can no longer be silent and complacent. We can no longer live in the falsehood that all is well while death lurks at the corner. The siege and threats over us as a nation and body of Christ are too glaring to be ignored. Plans to exterminate the body of Christ is being implemented before us on a daily basis. To live in denial of all these is to mortgage posterity for temporary and mere palliative measures. What role is God asking NIFES to play for the deliverance and redemption of Nigeria? Pray! Pray!!! Pray!!! This is a call to intensive and strategic intercession to God for the emancipation of the nation and Church from the hands of our captors – the devil and his agents. Kidnappers and terrorists carry out their acts freely and unhindered, the insecurity of lives stares us on the face regularly, mediocrity is honoured above competence, subtle ethnic and religious cleansings are going on unabated.

Awake oh NIFES family and stand in the gap for we have come for such a time as this – to seek the face of God for the deliverance of our land. The Church is not only being attacked from without, but there is also equally the captivity of the Church from within just like the time of Nehemiah (Nehemiah Chapter 5); captivity of false teachings and merchandizing of the gospel by our leaders; oppressions from within. All these have equally rendered the Church impotent before our enemy. Can it be said of the Church that our ways and lifestyles are different from the world. O Lord revive thy Church; for the spiritual well being of the Church is the key to our national transformation. NIFES family let us arise and take up the intercessory role for the peace of our nation and the Church at large. Let us arise to pray and also do the needful as the opportunities to effect changes comes our way. God bless you richly.

Stay in touch with the latest news

We are affiliated to the International Fellowship of Evangelical Students (IFES): and thus, work in partnership with other National Member Movements worldwide, to reach the Students’ World for Christ.